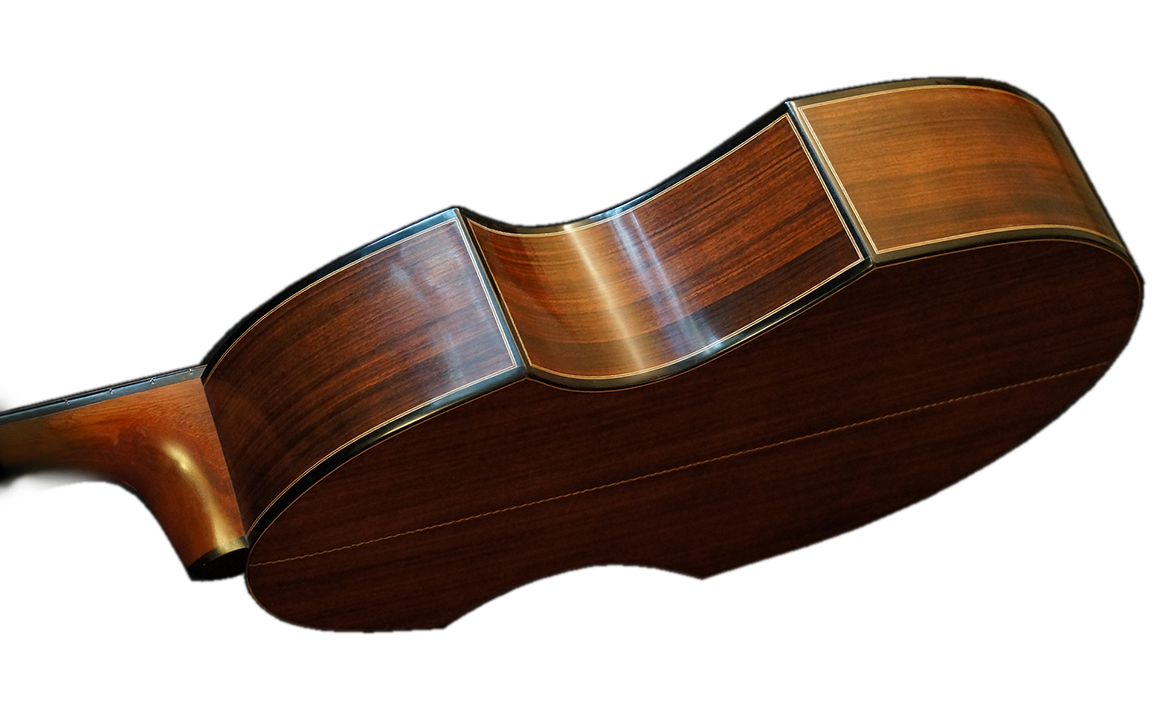 if it utilized some of the design and structural characteristics of a violin relating to tone,

but still essentially retained the shape and

ergonomic character of a guitar?

This is that instrument. 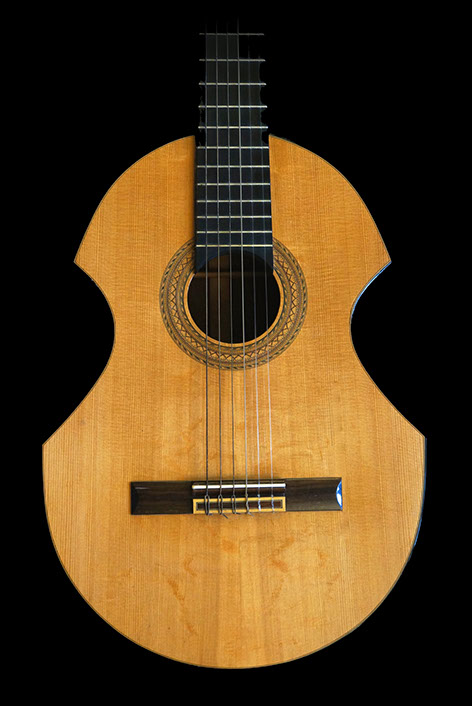 Although this lute looks like a renaissance instrument, it was built 37 years ago, as a part of a project to design a lute construction system, involving all the forms and fixtures essential for handmade lute fabrication. This instrument is a seven course renaissance design, with a chanterelle at the 1st string. The rose (sound hole carving) is similar to the Knot of Leonardo, but with the challenge of an asymmetrical configuration integrating a fourfold pattern with a sixfold. 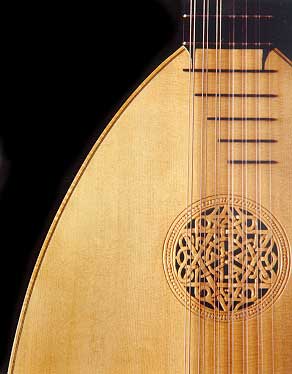 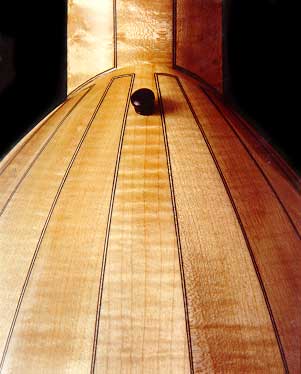 The design for this midi guitar, (Musical Instrument Digital Interface,) was based upon the billet of rosewood out of which it is made. The body and neck are  carved from a solid piece of tight grained, quarter sawn stock, visible in the center portion of the instrument with two, maple veneer laminates.  The original billet was only slightly wider than the center portion of the body, with the entire length being around 20 inches longer than that of the guitar. In order to create body width, the end was cut off, divided into two wedges, and laminated oppositely to make the upper and lower sections of the body.  Because the grain density in the wood is so tight, the guitar projects an unusually mellifluous tone, with brilliant highs, and a deep, rich metallic bass.  There is no other guitar like this in the world. 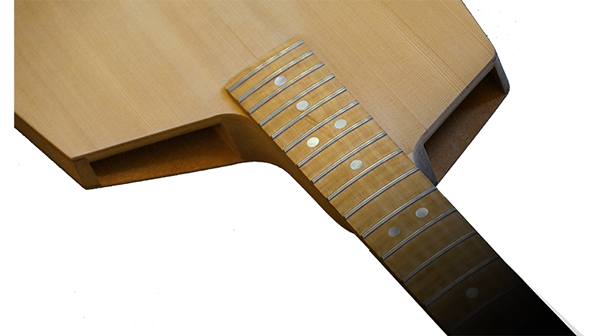 The instrument below is a one of kind in the world.  The objective was to design an acoustic guitar that would embody the tonal characteristics of conventional instruments, with some added structural improvements over  acoustic stringed instrument construction. Other criteria were that it would be light and small enough to travel easily, while still projecting the integrity of a stringed instrument built with a 100 year old European Spruce Soundboard. UPDATE:  This guitar was recently refinished for voicing. When it was strung it produced an extraordinary range of harmonics and tonal timbre way beyond what was expected, and with unusual sustain. Never heard anything like it. 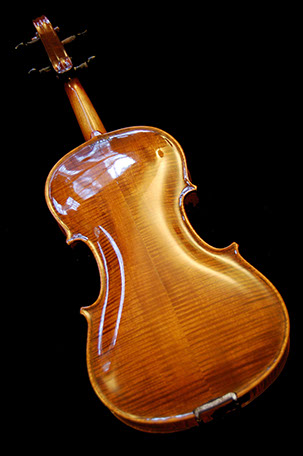 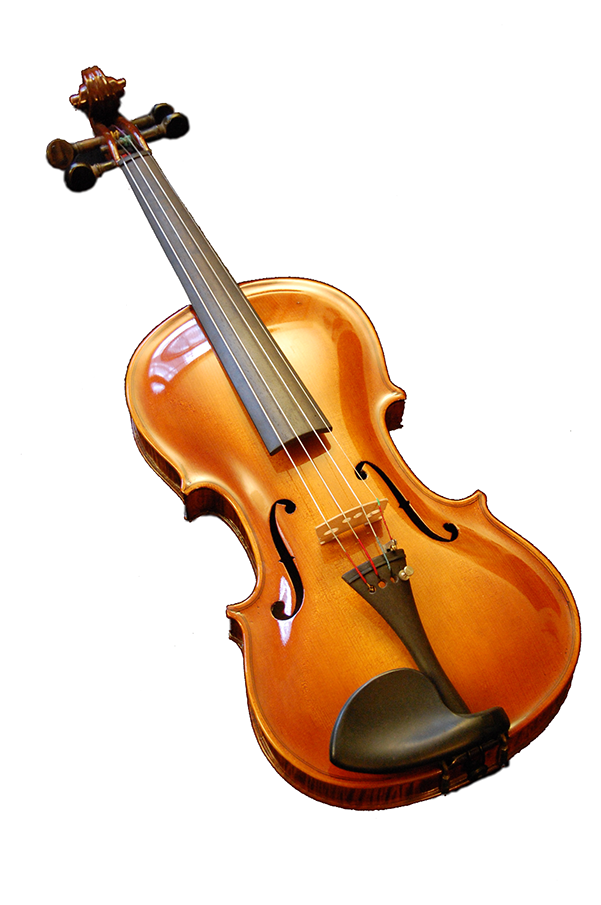 "Better than new" is

a principle that should apply to stringed instruments that aren't playable anymore.

They can usually be fixed.

"Carroll Bailey was likely the only musician to span so many eras, and conductors, in the life of what is now known as the Virginia Symphony Orchestra" -at least 50 years, from 1943, as 1st principal during part of that time.   He came to MINTdesign with his favorite bass literally in pieces. It had dropped down a stairwell, "exploding" when it hit the bottom.  We told him the instrument could be restored. He played it for another decade. We remember him with great fondness and appreciation.

This is that bass. (after)

Can an old, beat up, cracked violin look

Did you know that a badly damaged or aged instrument can be made to be more playable and beautiful than it was when it was new?

That's what happened to this violin. 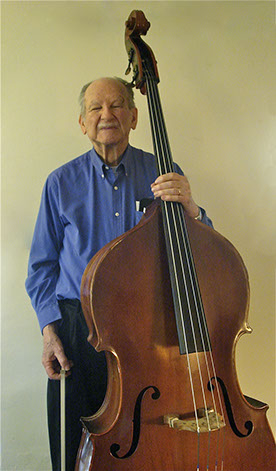 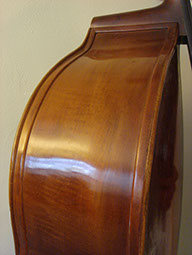 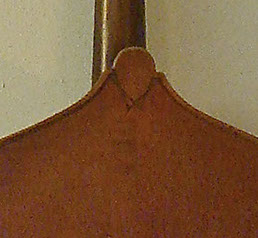 that is neither wild, nor mountain.

We were told this banjo couldn't be fixed!

That depends; on who, and why.

It belonged to his grandfather, and meant a lot more than its "official" antique value. How do you negate the value of family heirlooms? Today, this 100 year old Slingerland Concertone banjo not only looks better than it ever did, but it plays better and sounds better too. And it's the same one granddad's hands brought to life.

Why should it never make music again? 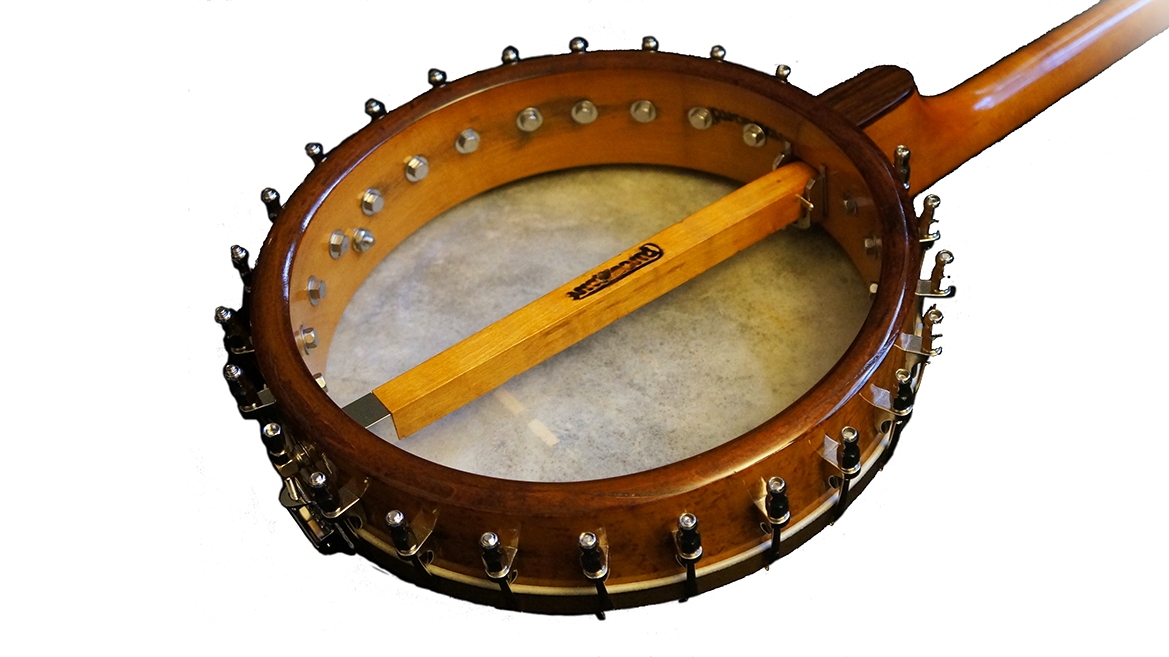 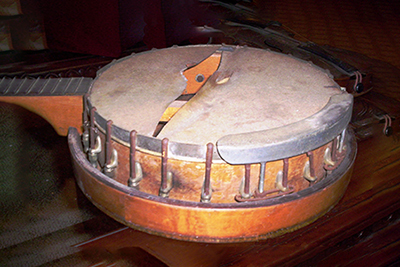 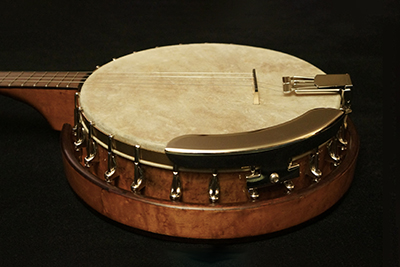 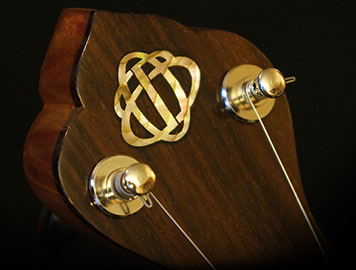 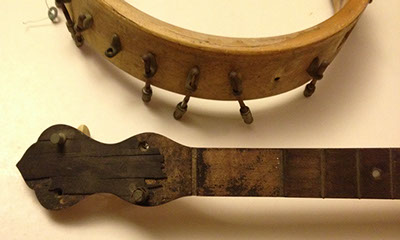 To give the instrument the meaning of its restoration, the grandfather's initials were inlayed into the headstock in abalone pearl.

Why should it never make music again?

This renaissance guitar, built by the Amati family in Cremona Italy, was filthy and unplayable.

The soundboard was cracked and the neck and body were in pieces.

Several parts of the pearl inlay were missing. The left decoration at the bridge was missing.

The stringed instrument was so badly damaged that it had no value as an antique.

So the restoration involved reconstruction to a beautiful and playable condition.

employing the same method used by European luthiers of the day. 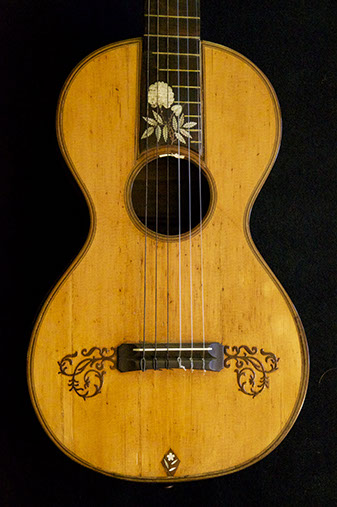 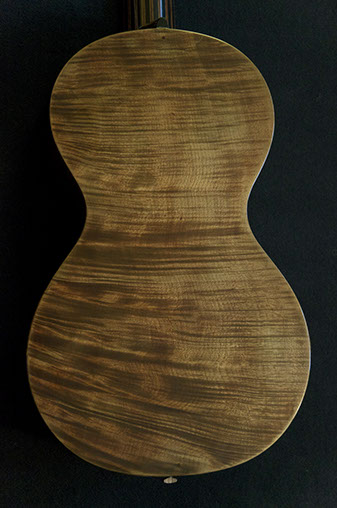 © COPYRIGHT, MINT DESIGN, 2015, ART, DESIGN, AND PHOTOGRAPHY ON THIS SITE IS ORIGINAL AND MAY NOT BE REPRODUCED IN ANY FORM.