A logo should be distinct. •  And it can also be gold.

A proper logo works right everywhere.  Saves a lot of money over time.

​  NAUTICUSTHE NATIONAL MARITIME CENTER After rebranding,  and associating the brand with a comprehensive wayfinding system, Nauticus experienced a dramatic turnaround,and went from red to black.

​MACSONSDEMOLITION & ENVIRONMENTAL SERVICES Macsons new identity repositioned the company as the premier demolition contractor in the region. Adding the tag line"Responsible Demolition" turned the reality of Macsons business into a dominant market share.

​WEBB TECHNOLOGIESA QUANTUM LEAP Bottom line: after H.M.Webb & Associates enhanced its brand and identity, the company increased its revenue from $8,000,000 to$210, 000,000 in eight years!

​BON SECOURS HEART CENTER The new cardiac center integrated the two principal identities into the design of the logo, combining the image of its namesake cardiologist,Dr. Eric Rose, with a heart.The logo became known as the ROSE-HEART.

OWNER THORWART • LOGO, A GIVEN

Company was named to own

the trademark and the URL family.

​NAVY CARE LOGO The object of this logo design was to represent its entity, but also to preserve the tradition of the Navy logo graphic style.

​GAPFIL INSULATION To stimulate new markets from previous years and several name changes, the companyreturned to its original name,Cumberland Insulation,and secured a new URL family. To dramatize the expanded rangeof the company's services, thelogo depicts the entire CumberlandGap as being filled with insulation!

notice from General Motors for

"Mr. Goodwrench." To prevent them

from losing the equity in recognition,

Mr. Goodglass was changed to

Mr. Go-Glass the icon was redesigned.

Equity was preserved and the company

then registered it with the USPTO,

bought the URLs, and went on

to become the Go-Glass Corporation. 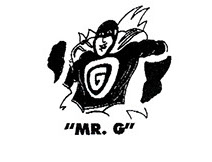 After 70 years of doing business as

Pallett Oil, the company discovered that

from two years of advertising,

that their services had changed

to include heating and cooling,. To make

the shift clear, the P.A.L. identity was

designed to be unmistakably Pallett,

but also, to convey a change in services to

​VISIONS 2000 As a startup professional coaching service, the owners of Visions 2000 needed to convey the continuity of the company name with their two central products, along with training in varied racial and gender audiences. The solution was to depict all audiences in a logo system showing the parent company and its two divisions. 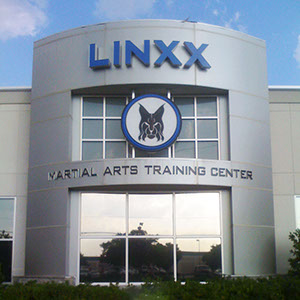